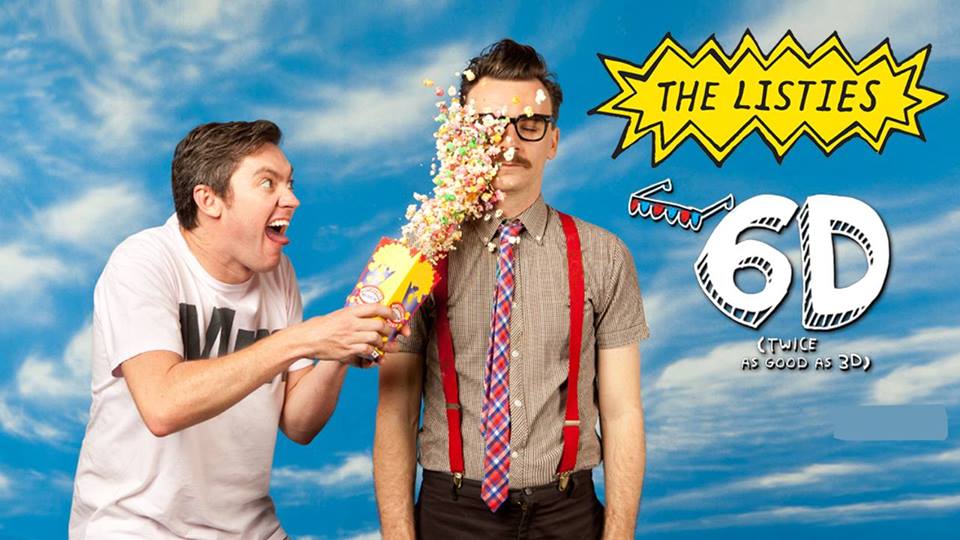 The Listies create an interactive atmosphere to tell stories set in the world of kids and forgo the usual tropes of fairy tales and book adaptions, in favour of parodying pop culture, celebrity, parents, computer games and txt speak and this is their take on the movies.  Let’s just say, the silver screen is about to turn brown.

Australia’s most sought after kids’ comedians, The Listies star in The Listies 6D (It's twice as Good as 3D), a comedy show all about the movies.

Best of all, in every performance an actual 6D movie is made – starring the audience!