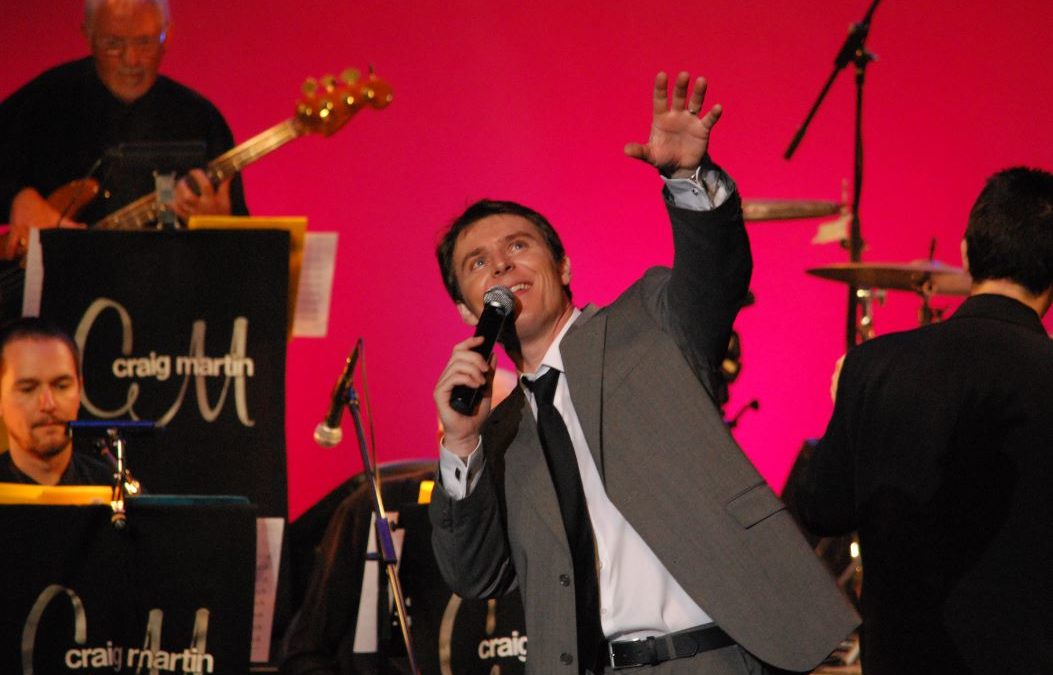 Craig Martin’s A Swingin’ Christmas Show combines the great swing classics with the very best Christmas Songs & Carols ever recorded by a selection of the world’s greatest ever performers, including: Frank Sinatra, Bobby Darin, Elvis, Dean Martin, Michael Bublé, Bing Crosby, Nat King Cole, Tom Jones, Duke Ellington and many, many more… Craig is quickly gaining a reputation as Queensland’s King of Swing. Since exploding onto the Queensland music scene in 2010, contemporary swing star Craig Martin has performed and thrilled audiences at many top venues across the state.

This modern day crooner, originally from Liverpool England, has performed with many of the UK’s leading big bands, including the UK’s premier big band ‘The Syd Lawrence Orchestra’.

This talented entertainer cleverly combines traditional and contemporary swing with great flair and imagination and is a natural on stage.

Why not join Craig and his Swing Band for a ‘swinging party’ to really let the festivities begin?  Why not spend a couple of nights in Toowoomba – watch the show and get into the Christmas Spirit!  Do your Christmas shopping at the amazing new GRAND CENTRAL SHOPPING CENTRE after their $600,000,000 expansion and stay in a luxury 2 bedroom apartment at LAGUNA APARTMENTS.  LAGUNA APARTMENTS are only a few minutes stroll to the Empire Theatre and a few minutes more Stoll to the Grand Central Shopping Centre.