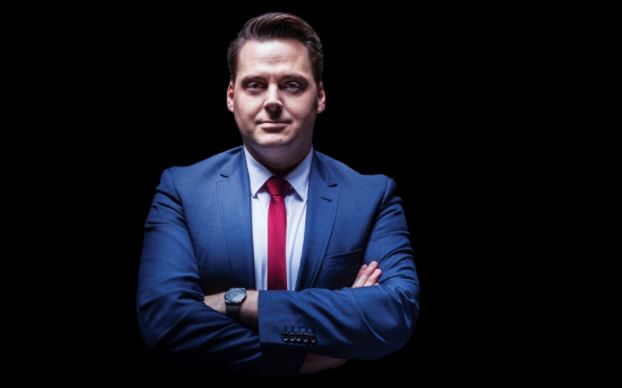 Written and directed by Katy Warner and performed by Lyall Brooks, A Prudent Man won the 2016 Melbourne Fringe People's Choice Award from over 400 productions.

In 2017 it enjoyed a sold-out season to over 600 audience members at Fringe World Perth where it was nominated for Best Theatre and has just returned from another sold out season at the 20 Darwin Festival where we added an extra show due to demand!

A well-groomed, confident-looking man enters the room and sits on a comfortable and expensive-looking leather chair. A bright light shines on him. There's water and a glass on a table, but that's all. Perhaps this is an investigation. What has he done wrong?

What makes the Trumps, the Abbots and the Hansons of this world tick? What would happen if their world started to shift ever so slighty?

Embodying their slogans, mannerisms and headlines, A Prudent Man is an amalgamation of recent history's conservative politicians. This award-winning darkly comedic political thriller asks what it means to be right….in more ways than one.

â˜…â˜…â˜…â˜…â˜… "Profound and gripping viewing for all. You simply must see this shocking commentary on conservative politics." – Theatre People

â˜…â˜…â˜…â˜…â˜… "Theatre at the very top of its game: complex, enlightening and thoroughly accomplished." – The Music

â˜…â˜…â˜…â˜… "Writer and performer have reached the pinnacle of drama." – Arts Hub

â˜…â˜…â˜…â˜… "A powerful and thought-provoking finale." – The West Australian

Our Self Contained Accommodation Toowoomba is just minutes away from Empire Theatres.