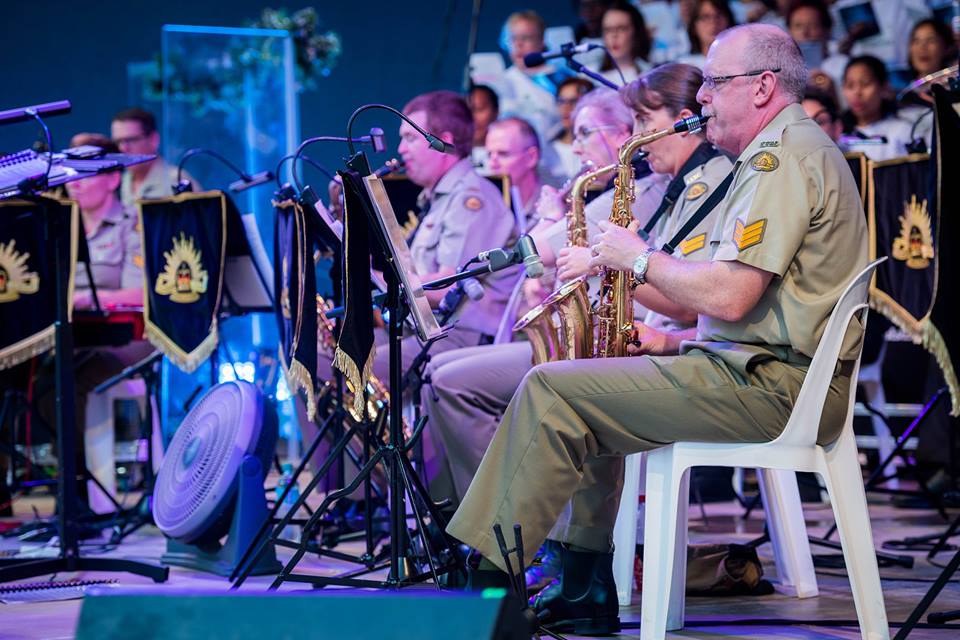 Since its formation in 1949, the Australian Army Band-Brisbane has become known throughout Queensland as one of the finest Military Bands in Australia, earning a reputation for its musical excellence and impressive military appearance. Presenting a wide variety of musical styles, from traditional military music to contemporary popular music, they have quickly become an Empire  Theatre favourite! This concert will feature the music of Duke Ellington and Count Basie with the Big Band of the Australian Army Band Brisbane.

The Australian Army Band Brisbane provides musical support to Regal, Vice-Regal, State and ceremonial activities and it often appears at significant community events. To its principal client, the Army, the band maintains a capability that enables it to contribute to supporting soldiers in barracks, on operations and on the parade ground. In its concert format the band frequently performs for the public, performing a vast variety of musical styles ranging from traditional military music to contemporary popular music such as jazz and rock. The band often supports philanthropic initiatives within the community and provides support to arts education through its school support programme.

The band’s contribution to the community has been recognised by the cities of Brisbane, Gold Coast and Redlands, all of which have granted Freedom of Entry to the band.

Catch The Australian Army Band Brisbane at Empire Theatre on February 22. Our Toowoomba Apartments are just minutes away from Empire Theatre.