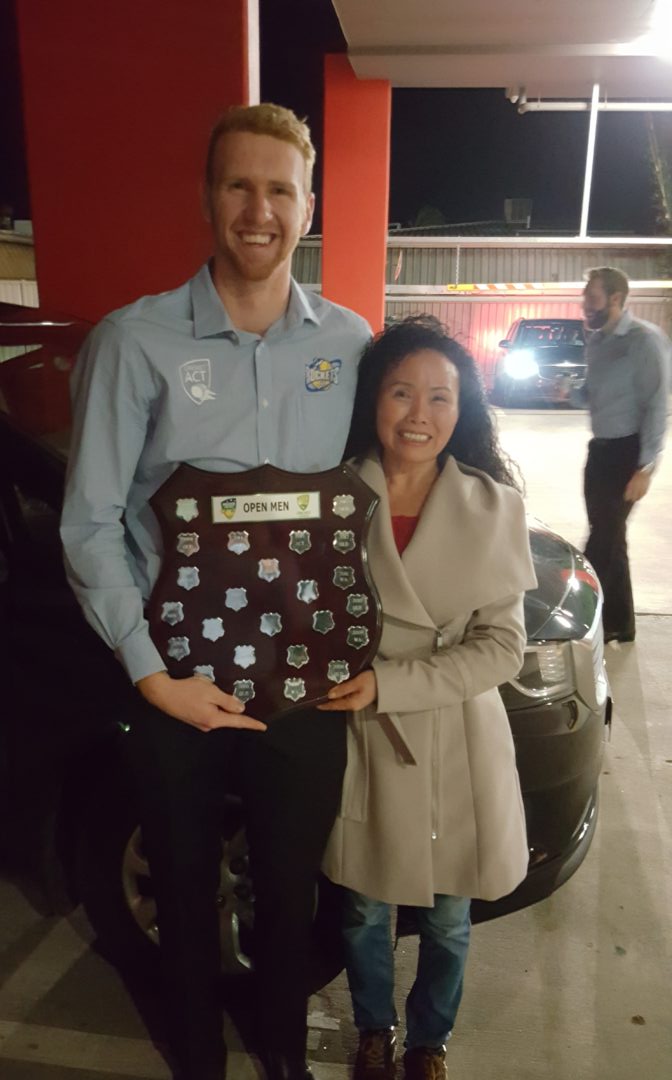 The National Indoor Cricket Championships for the open divisions has just concluded in Toowoomba.  We congratulate the ACT ROCKETS Indoor Cricket Team on their win, backing up their win in 2017.

The Rockets defeated Victoria by 20 runs in the men's open grand final at the Australian indoor cricket championships in Toowoomba on Saturday.

Brock Winkler (178 runs) and Tim Floros (163) were superb with the bat throughout the tournament to complement their efforts with the ball, both claiming 16 scalps on their way to the silverware.

Their bowling numbers were bettered only by Tim's brother Benji, who claimed 17 wickets to solidify his status as one of Australian indoor cricket's premier quicks.

Having stayed with us at Laguna Serviced Apartments, Theresa Zhang, the owner of Laguna Apartments, took the opportunity to have her photo taken with the winning captain just before they were going out to celebrate their well deserved win!